Despite Spain´s recent economic dip, the country offers a greatly developed market that is diversified, competitive and attractive to foreign companies, in particular those from the United Kingdom. The British Isles and Spain have been major trade and investment partners ever since Spain joined the EU and today it is reported that the UK is the 3rd largest foreign investor in Spain in 2010 (source Invest in Spain) resulting in over 900 UK companies that are currently doing business in the country. 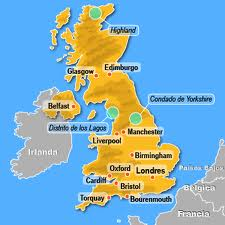 With this number rapidly increasing and UK companies being welcomed into Spain to rebalance trade and decrease unemployment numbers, CBLingua is seeing more and more British investors passing through their doors every day that wish to expand into the Spanish market. The British Embassy and UK Trade & Investment are looking to promote this Anglo-Spanish relationship and increase UK investment in Spain and vice versa.
Below are the sectors in which our leading relocated British companies work and where new investors can expect the best business opportunities. Within the Spanish market lie prospects in sectors with great development potential, such as the renewable energy, aerospace, ICT, automotive and bio-agriculture industries. British companies tend to invest in manufacture and distribution across a range of industries, led by property agents investing in real estate, as Britain is the largest overseas investor in the Spanish property market. It is also worth taking into account the fact that privatisation schemes are currently under way in the areas of air traffic control, airports, rail, and some public sector services may be liberalised from Government control.

Furthermore, British firms should value the fact that Spain is considered a great platform from which investors can access Latin American markets as a consequence years of agreements between the two. British-based companies can take advantage of the business links and find new opportunities of partnership with Latin America from their new Spanish branches.

At CBLingua we offer professional, authoritative and personalised sworn translation services to aid British companies both in their relocation to the country and expansion procedure in Spain. As the main language of business in Spain is Spanish, and in some regions other languages such as Basque and Catalan are spoken, we offer our sworn translation services to a diverse range of UK based companies to assist in their aim to succeed in the Spanish market.

Whether the company is completely relocating to Spain, simply opening a new branch or starting from scratch, sworn translations of a wide range of financial and legal documents from working contracts, international trade agreements, annual accounts, audits to public deeds of incorporation and powers of attorney. With regard to advertising, Spanish should be used as much as possible.

CBLingua offer all types of translation services adapted to British companies’ translation needs, and works with UK companies on the translation of their company brochures, websites and leaflets. Interpreting services are also highly requested in the intercultural business world for conferences and trade fairs. We are happy to attend any enquiry with regard translations for those UK traders planning to relocate. 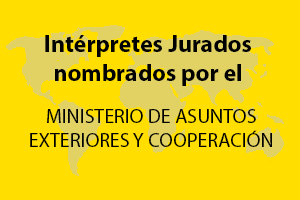